The Failure of Antibiotics.

One of the great contributions Chinese medicine offers the West is the availability of herbs and herbal formulas that directly attack viral heat toxins causing the common cold, influenza, upper respiratory infections, and common pediatric diseases. Here, Western medicine is at a total loss, offering at best bed rest and fluids, and at worse, antibiotics.

Why do I say worse? Antibiotics are ultimately ineffective against viral infections, doing nothing to alter the time frame of an infection, but they can negatively impact the body’s immune system. Antibiotics destroy five hundred species of beneficial gut bacteria and promote the growth of the fungus Candida Albicans. Gut bacteria do the lion’s share of enzymatically destroying toxins in the small intestine, as well as providing co-factors that allow absorption of essential nutrients from the food. When they are reduced, intestinal toxins accumulate and malnourishment follows. When Candida is allowed to proliferate, caustic aldehydes are released from the fungus irritating and shrinking small intestine epithelium, allowing absorption of the accumulating toxins. The results are catastrophic, causing a weakened immune system with an inability to effectively fight common infections. (A more complete discussion of this topic can be found in my article, LEAKY GUT SYNDROME, available on the web at http://www.gsdl.com/news/leakygut.html).

American medical doctors persist in prescribing antibiotics for viral infections because they have nothing else they are willing to give to patients. The medical community in this country frowns on the use of herbal or homeopathic treatment, although 50% of German and French medical doctors offer natural medicines. Fortunately in this country patients can turn to practitioners of Chinese or naturopathic medicine, or they can self-medicate from products that are available in natural food shops or herbal pharmacies. A number of Chinese herbal products exist that effectively combat viral heat toxins.

Chinese society has a long history of turning to herbal formulas to clear heat and resolve toxins (qing re jie du). The earliest descriptions can be traced to the Shang Han Lun (220 CE) when Zhong Zhongjing described the six progressive stages of pathogenic factors moving into the body. In 752 CE, Wang Tao formulated Huang Lian Jie Du Wan 2B1-7) to fight toxic infections associated with traumatic blood poisoning. In the 13th century, Luo Tianyi formulated Pu Ji Xiao Du Yin (1B3-1) to treat fever, sore throat and swollen lymph glands in an epidemic we now suspect as diphtheria.

In this century, several popular patent medicines have gained fame for their strong antiviral effect: GAN MAO LING (1B3-3), CHUAN XIN LIAN (2A2-2), and ZHONG GAN LING (1B3-14).

While western herbology offers several antiviral herbs such as Echinacea and Taraxacum (dandelion), the Chinese herbal materia medica has eighteen strong medicinal herbs to destroy pathogenic viruses. Modern clinical research in China has validated their efficacy against the viruses that cause common cold, influenza, measles, mumps, rubella, respiratory, encephalitis, meningitis, herpes, and hepatitis. These eighteen are:

When we evaluate the appropriateness of an herbal formula in fighting a viral disease, one benchmark is the inclusion of one or more of the herbs listed above. For upper respiratory viruses causing sore throat, ear infection or nasal congestion, for example, we would expect to see Lonicera Jin Yin Hua and Forsythia Lian Qiao, the two main herbs in the Yin Qiao formulas. For viruses in the lymphatics or the liver, important herbs include Taraxacum Pu Gong Ying and Isatis Ban Lan Gen.

A number of Chinese herbal products exist to treat viral infections. The clinician chooses a product based on stage of the infection, location, and severity. In traditional Chinese medicine, viral infections are divided between attack of heat toxin, or heat toxin sitting and brewing, that is, latent heat toxins that have become symptomatic as the wei qi weakens.

Yin Qiao Jie Du Wan is very helpful if taken within the first 18 hours of a wind heat presentation, and is an effective preventative when the slightest symptoms of scratchy throat or headache appear.

If pathogenic wind heat is not cleared quickly, heat toxins begin to grow and accumulate within the lymphatic fluids and tissues (literally re du yun fu, heat toxin brewing and sitting). I believe this is what Zhong Zhongjing meant when he described the shaoyang stage of half-exterior and half-interior in the Shang Han Lun (220 CE). Heat toxins accumulate in the lymphatics because the immune system (wei qi) has been weakened by pathogenic wind or other factors, or because the heat toxins are strong and have overwhelmed the immune system. In this event, one chooses herbal products with stronger antiviral action. Five very good choices exist, all containing strong antiviral herbs. It is interesting that these products do not use any of wind heat clearing herbs, as are found in Yin Qiao Jie Du Wan.

CHUAN XIN LIAN (2A-2) is an effective three herb combination for infections of the throat, lymph glands, or liver. It’s formula is Andrographis Chuan Xin Lian (50%), Taraxacum Pu Gong Ying (25%), and Isatis Ban Lan Gen (25%). Andrographis Chuan Xin Lian was not mentioned a great deal in the classical herbal texts, but again, modern research and clinical application has elevated it as a preeminent antiviral herb. This particular product is very good for severe sore throat, and I would also recommend it for acute hepatitis.

WU WEI XIAO DU YIN (2A-1) was formulated in 1742 by Wu Qian. The original formula was used to treat skin boils and mastitis, and modern clinical use has seen it applied in a variety of viral infections including tonsillitis, measles, chicken pox, mumps, hepatitis, and influenza. Given its herbal composition, I think it is very useful for viral infections in the lymphatic system and the liver. It consists of equal parts of Lonicera Jin Yin Hua, Chrysanthemum Ye Ju Hua, Taraxacum Pu Gong Ying, and Viola Zi Hua Di Ding, with a smaller amount of Begonia Zi Bei Tian Gui.

These six formulas offer an excellent arsenal for treating viral infections, whether they be mild or serious, acute or chronic. I believe that 80% of the infections medical doctors prescribe antibiotics for are actually viruses, and the awareness of the availability of these products would greatly reduce antibiotic damage to the individual while raising the overall health and immunity of society in general. The antiviral Chinese herbal products are truly one of the great contributions of Chinese medicine.

JAKE PAUL FRATKIN, OMD is a Doctor of Oriental Medicine in practice since 1978. After seven years basic training in Japanese acupuncture and Chinese herbal medicine in this country, he went to Beijing for one year to do advanced hospital training in herbal internal medicine, pediatrics and medical qi gong. He is the author of CHINESE HERBAL PATENT MEDICINES, (2001), a respected reference work of 1200 Chinese herbal products available in this country. In 1999 he received the national award, Acupuncturist of the Year, from the American Association of Oriental Medicine, and 2006 he received the award as Acupuncture Teacher of the Year. He is a recognized expert in the treatment of leaky gut syndrome, chronic respiratory and digestive disorders. Jake lives and practices in Boulder, Colorado 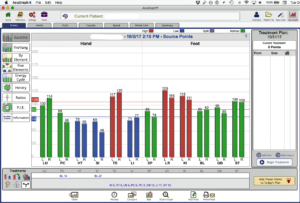